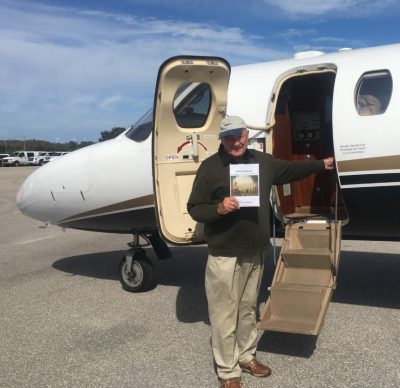 “Off on a book tour to introduce my next book “Middlebrook, The Revolutionary War Campground that Saved America” to be released later this year. Cheers!” ~ Bob Mayers

[NOTE:  This event has been postponed. New date TBD].     Author Robert Mayers discusses the encampments of George Washington’s Continental Army at Middlebrook and nearby Pluckemin, New Jersey, during the Revolutionary War.  These have been neglected in history but were of extreme importance to the American struggle  during the  Middle Atlantic campaigns of  1777 and 1779. What is astonishing is the American Army spent close to nine months at this location during the Revolutionary War.

Unlike Valley Forge and Jockey Hollow, that have been so eulogized that they are familiar to most school children, this sacred land, where decisive events occurred that changed the course of the war, is now built over by suburban creep, rarely marked, shrouded in mystery and mythology and fading from memory The Middlebrook Encampment is located near Martinsville, New Jersey in present day Bridgewater Township.

Bob Mayers many works on the Revolutionary War are based on his on-site experience and primary sources combined with the discovery of original documents and oral accounts passed down in his family. His latest book Revolutionary New Jersey  covers  battlefields, encampments and sites of many  events in the Garden State  that have been lost or neglected by history.  Bob’s  other books include “Searching for Private Yankee Doodle, Washington’s Soldiers, in the American Revolution describes the men of the Continental Army by revealing what inspired them to endure appalling hardships.   “The Forgotten Revolution” Revolutionary sites in the northeast that have been lost in history  and “The War Man”  a true account of a soldier in the Washington’s  Army.

The lecture series will help inform and educate the public about what happened in Somerset County during the American Revolution by exploring the Middlebrook stays of George Washington’s Army in 1777, and again in 1778-79.  The speakers will present a number of related topics exploring this theme.

Made possible by funds from the Somerset County Cultural & Heritage Commission, a partner of the New Jersey Historical Commission